Ask for an offer
Share on:
Add to my Google Calendar

It is my pleasure to invite you, members, future members, and guests to Budapest, to the 42nd Annual Meeting of the European Thyroid Association. Together with the Thyroid Section of the Hungarian Society of Endocrinology and Metabolism, the Local Organizing Committee is delighted to host the ETA Annual Meeting in Hungary for the first time in its history.

The Budapest Congress Center is conveniently located in a residential area in the West half of the city, at a walking distance from several hotels and with tramline connection and ample other transportation access to the rest of the city. Pest, located on the other side of the Danube, is busier, with a vivid nightlife in the central districts.

Despite the turbulent history of Hungary’s past thousand years, major efforts have been made to conserve our heritage in Budapest and all over the country. Many buildings have been reconstructed and traditional districts, including the King’s Place (Buda Castle) and its surroundings on the Buda side of the Danube were conserved and renovated in their original arrangements. Major sites to visit include the Buda Castle District, including the National Gallery of Art, the St. Steven’s Basilica with magnificent view from the top, the House of Terror Museum dedicated to the victims of the two terror regimes of the 20th century, and the Parliament Building with the adjacent Memorial of the 1956 Kossuth Square Massacre. Beyond museums and a wide variety of arts and classical music events, Budapest represents a unique hotspot of thermal baths fed by natural hot springs. You might also be interested to taste Hungarian food specialties and wine in the ruin pub district.

Working in concert with the ETA Executive Committee we do our best to organize an unforgettable meeting. We expect an excellent scientific program; your recent research needs to be brought to and presented in Budapest. 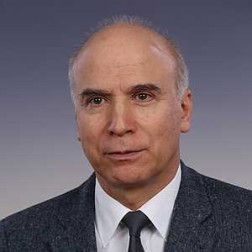 Chair of the Local Organizing Committee

More info
Have questions?
We are more than glad to help you
Contact us